A Day with Joseph Pilates

A Day with Joseph Pilates 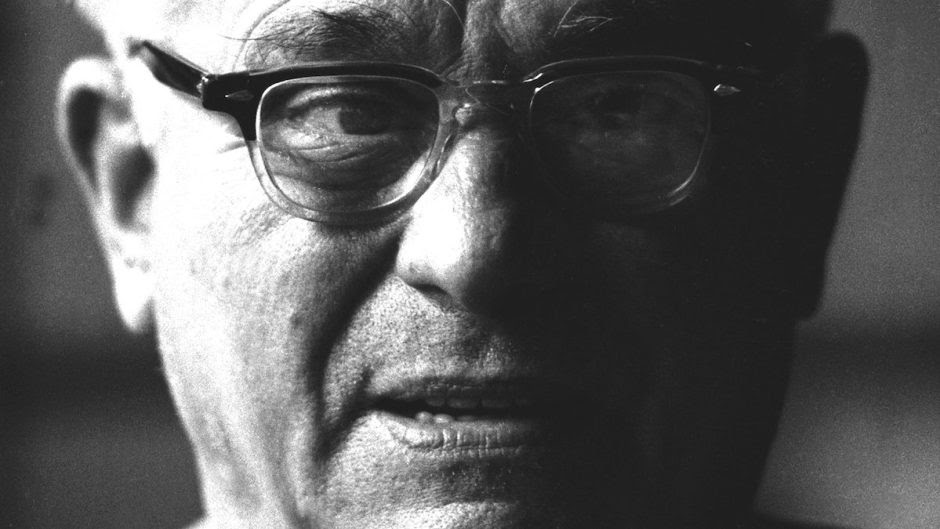 JOE PILATES – The Assignment That Would Last a Lifetime

I received notice from the US Government that I was to be drafter into the Army in September 1961.The Soviets had built the Berlin Wall and JFK had conscripted several hundred thousand men into military service as a show of force. I was caught up in that sweeping order. I was to report for induction on October 13th. My fiancé, Mary, and I were dreading the separation. I contacted clients of my photography business that I may not be able to continue working for them, one of those clients was Buddy Bloodgood, Asst. Photo Editor of Sports Illustrated magazine.

October 1st arrived. Mary and I were counting the days.  Only two more weeks together. I had already given up hope of some sort of reprieve. Besides, I had worked hard to make the transition from civilian to soldier as painless as possible. I always knew that as long as I was taking pictures, whatever situation I was in was tolerable. In some odd way, I was looking forward to being drafted, to shoot my own basic training, perhaps to finally get that big photo essay onto the pages of LIFE magazine. October 13th drew ever nearer and Mary and I spent a lot of time together those last days before induction.

Then, another call from Buddy Bloodgood of Sports Illustrated.

“Have you been drafted yet?” he barked into the phone.

“I’m not leaving until the 13‍

“So, then you have time for a one-day job? Tomorrow, all day. Right here in Manhattan.” Of course I had the time. Anything to take my mind off the coming separation. I was happy to take any assignment, plus I desperately needed the money. “Okay,” he continued. “Go to 939 Eighth Avenue, by 56th Street, and meet our reporter. There’s an old guy there named Joe Pilates who has some sort of health gym. One of our freelance writers has been going to him for some kind of treatments, and he’s written an article about him. Go there and illustrate that article. The guy’s got these torture machines, with belts and pulleys and springs, and he connects them to people and stretches them out, or God knows what. Get some pictures of him looking wild. You know, crazy, too. Wild and crazy.”

So, I went to Joe Pilates’ gymnasium on 8th Avenue. It didn’t take long for me to see that I had stepped into a modern day, inquisition-like, torture chamber. While the S.I. reporter and I waited for our subject to appear in the entryway I watched a shapely young woman in black leotards hanging upside down, her feet “tied” onto the upper rails of a “rack,” her head and shoulder pressed down on a padded bed. She clutched at a wooden bar connected by steel springs to side posts and she held it over her head. Breathing heavily, she struggled with each agonizing pull on the bar. I was certain that after several more repetitions she would soon confess to anything.

“People pay for this,” I asked myself?

Before I could answer a curtain was pulled aside and a near-naked man stepped into the room, barefoot and wearing only black briefs, he dried his hands on a small white towel.

Joe Pilates – as he looked when he first stepped out from behind the curtain.

Well, wild and crazy is what I had expected or hoped for, The wilder the better, for my purposes, I thought. But Joe wouldn’t cooperate with Buddy’s preconceptions. Joe was nice. He asked me what kind of pictures I had in mind. I could hardly tell him “wild and crazy.”

“Just do what you normally do here,” I replied. He gave us a tour and explained his interesting and inventive machines. He demonstrated how to use them. I shot pictures. He talked. He told me of his days in Germany, his internment in a British Enemy Citizens’ Camp; how he developed his exercise methods by watching the camp animals carefully, how they stretched upon waking. After all, he explained, animals don’t have exercise programs—their lives are their program. Humans avoid the natural conditioning available to them by sitting and standing incorrectly. Unless an animal is disabled or injured, it has only one way to lie down, one way to sit, one way to stand, to walk and to run. People slouch and they slide, they shuffle, they don’t walk naturally. They have a hundred ways to move, most of them wrong. He was here to correct all that, he emphasized, to teach us how to be natural again.

Joe helps a Ballerina get set on the Universal Reformer

When Joe mentioned that his method of Contrology, if practiced routinely, would help keep people from falling victim to diseases I asked him for a clarification.  I couldn’t see how stretching and pulling the body in different directions would prevent desease. So, he explained it to me – as if I were a child,

“You have these firemen on their trucks parking in firehouses all around in your body, here and here,” he pointed to his armpits, his neck and groin. “They are waiting to put out the fires in your body – fires that start when there is the germs coming inside when you have a cut. AN open wound. Then the alarm goes off and the firetrucks rush to the trouble – this is happening all the time.  But, when you have the everyday aches and pains, also, the firemen are going, busy, busy all the time.  Look at all the people on the streets now, how they are walking around in pain all the time.  The firemen, they are so busy putting out these fires from these stupid things. So, with Contrology, when you practice this, the body is healthy and in good shape and the firemen, they are quiet in their firehouses and when the bad germs come, like influenza or bronchitis, there is plenty of firetrucks ready to go out – and kill them…”

Here I am, being taught by Joe Pilates – on the Bednasium – doing my first “Hundred”, well, “forty-five”

Later, I asked to be photographed on one of his earliest inventions, the Bednasium, a sort of hospital bed that had springs attached to its metal-frame headboard. When I climbed onto the bed wearing trousers, shirt and tie, Joe stopped me. If I was going to exercise on his equipment I had to be in “trunks,” same as his Speedo-like briefs. I went into the changing area where I found a cardboard box containing a dozen black Jantzen briefs, chose a medium, then posed for a photograph meant for Buddy Bloodgood’s wall. I couldn’t possibly know that 50 years later this photo would be seen by thousands of people around the world.